Mass- The mass of the body is the quantity of matter (or material) contained in it.

Weight-The weight of a body is the force with a certain force which depend on the mass of the body and acceleration due to gravity at that place.

Thus the weight of 1 kg mass is 9.8newton. This means that the force acting on a mass of 1 kg at the surface of the earth is 9.8 newtons.

Weight of an object on the moon

As Weight is 1/6 times on the surface of moon.

Difference between Mass and Weight 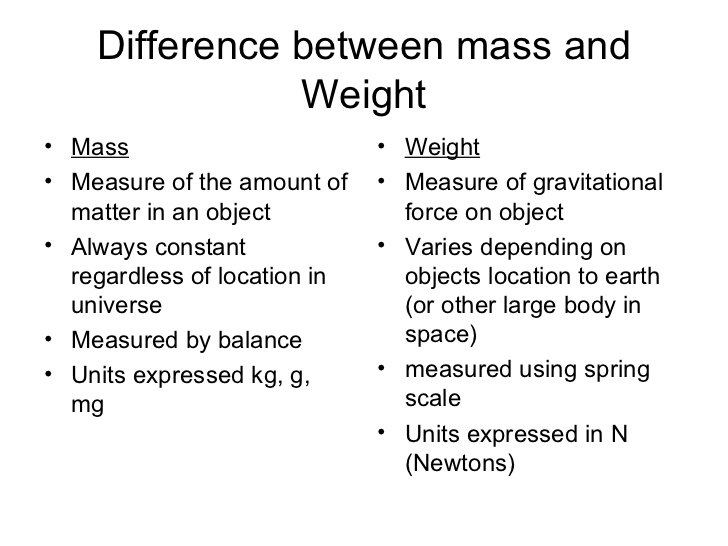