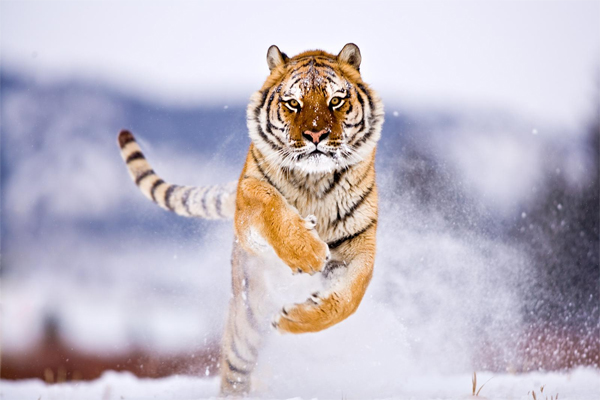 A body is said to be in motion (or moving) when its position changes continuously with respect to a stationary object taken as a reference point.

For example, a car is moving or it is in motion with respect to stationary objects like house tree,s etc. What is Distance traveled and displacement ?

In order to study the meaning of two terms, we need to understand what is distance and displacement

Distance and displacement are two quantities that may seem to mean the same thing yet have distinctly different definitions and meanings.

To test your understanding of this distinction, consider the motion depicted in the diagram below.

Even though Shivanee has walked a total distance of 12 meters, her displacement is 0 meters. During the course of her motion, she has “covered 12 meters of the ground” (distance = 12 m).
Yet when she is finished walking, she is not “out of place” – i.e., there is no displacement for her motion (displacement = 0 m).

Displacement, being a vector quantity, must give attention to direction.

A sample Problem for you

What is the displacement of the cross-country team if they begin at the school, run 10 miles and finish back at the school?

Ans. The displacement of the runners is 0 miles. While they have covered a distance of 10 miles, they are not “out of place” or displaced. They finish where they started. Round-trip motions always have a displacement of 0. 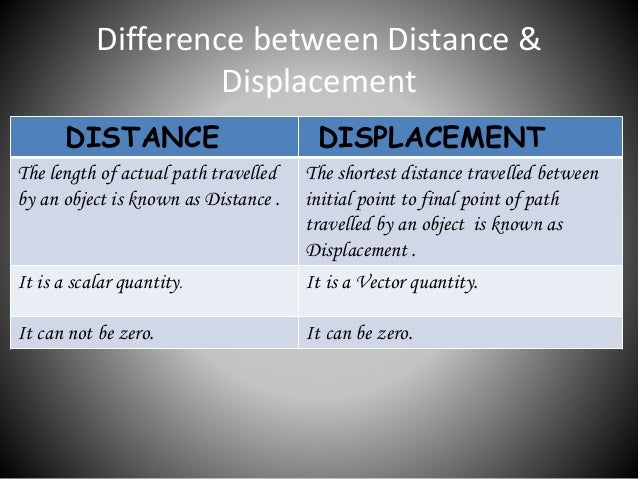 MOTION ALONG A STRAIGHT LINE